Book Review of 'The Faithful Artist...'

As an evangelical Christian working in the art world, I’ve sometimes felt like I’m in a strange lonely category of my own. Thankfully, the older I get, the more Christian artists I meet and the more I realise that I am not alone in my concerns about how I should use my work to serve God and how my faith can shape my work.

With that in mind, I was excited to approach ‘The Faithful Artist’ by Cameron J. Anderson, which I hoped would give me some food for thought. I was not disappointed – this is a well-researched, thorough and rich book. The writing is very academic and so it is not for the faint-hearted, but if you are looking for something that rigorously investigates issues that should concern the Christian artist then this is an incredible resource. 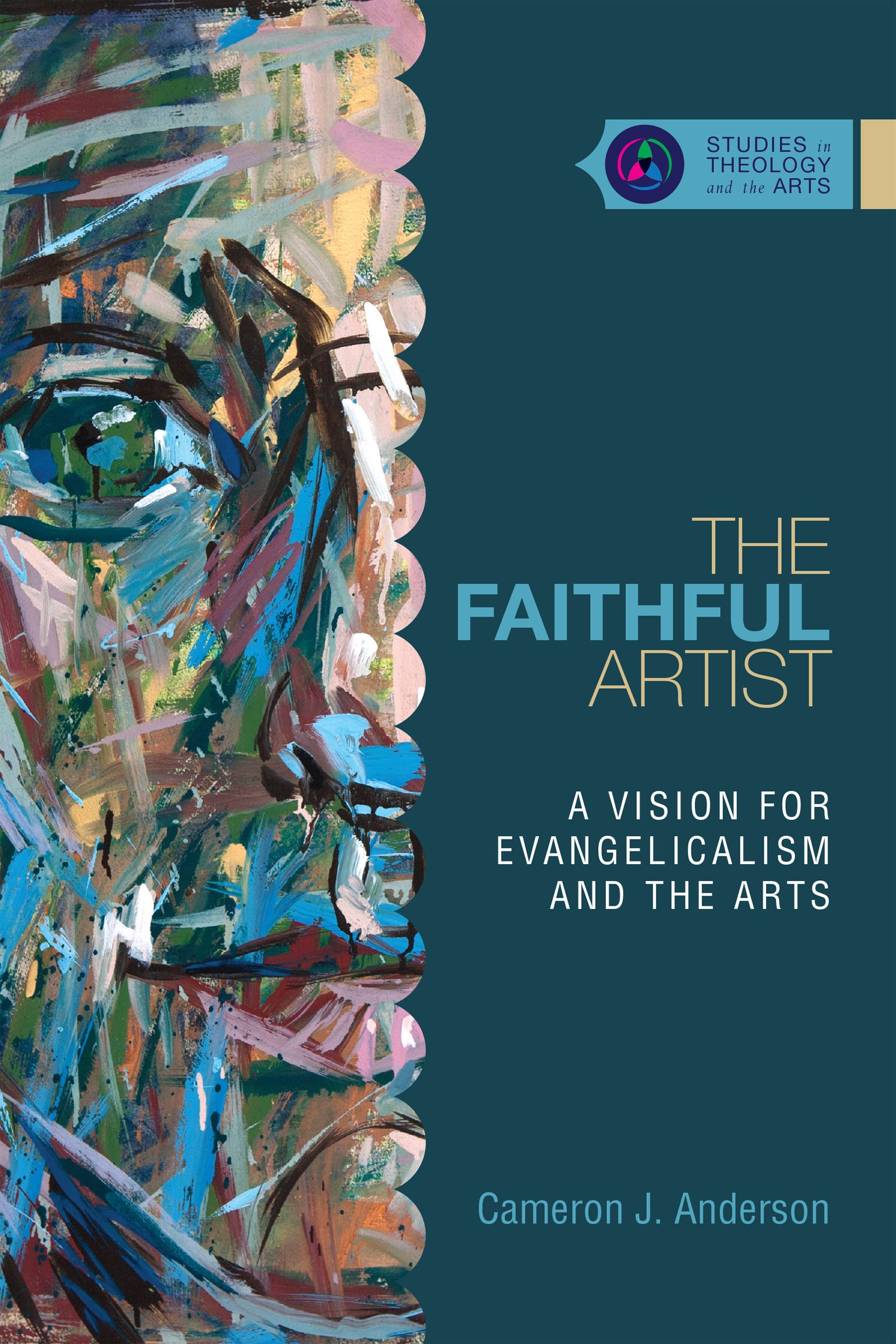 What is the book about?

‘From the mid-nineteenth century onward, artists of faith had been presented a false choice: an ultimatum insisting that art and religion could not reasonably co-exist.’ (230)

In ‘The Faithful Artist’, Anderson explores how, over the last couple of centuries, a divide between the art world and evangelical Christianity has arisen. He explains the historical context to this divide, and shows over the subsequent chapters how it has led to various false dichotomies in contemporary thought, such as the spiritual vs the material, or text vs images. Anderson carefully considers and critiques each of these dichotomies so that we can see how Christian artists have been given a false choice – and that their contribution to the world is not only valid but essential.

Anderson is writing in an American context, but his references are international, and much of the historical background that he covers in the first chapter can be seen in UK history too. In this chapter, he introduces the idea of ‘Christ against culture’, which seems to be the main divide that runs through the whole book and underpins the divide between evangelicalism and the art world. As Christians sought to distance themselves from ‘the world’ and uphold conservative moral values, the art world increasingly sought freedom from tradition and so a hostility brewed between the two.

Anderson then considers how this divide has contributed to other separations. Chapters 2 and 3 look at the body and the senses, and how these have been embraced by the art world but treated with caution by the Christian world. While there are some good reasons for this, Anderson reminds us that God has made us with sensory, material bodies, and that Jesus had a body too. Aspects of our bodily existence – agency, beauty, sexuality, mortality – can all be explored in art in ways that point us to human dignity, human brokenness, and our need for Jesus and salvation.

Chapters 4, 5 & 6 look at the various ways in which images and texts have been celebrated and spurned in Christianity and art. These chapters break down Christian assumptions that images and religious symbols can only be idolatrous, using biblical support and historical examples. Anderson also beautifully highlights the power and value of language in the face of post-modernism, and shows how text and image can work together to serve and glorify God.

Chapter 7 covers the topic of ‘beauty’ as an idea that has been particularly divisive – rejected as useless, elite or judgemental by the art world, but misunderstood or forgotten by the Christian world, Anderson calls for a reassessment of beauty. He argues that while it should not be idolised, in its traditional concept as inextricably linked to truth and goodness it can point us to God.

The final chapter starts to formulate the promised vision for evangelicalism and the visual arts. Anderson mentions other writers and artists who have started thinking through this vision since the seventies, and puts forward his own ideas about the Christian artist’s calling. He argues that as we are all made in the image of God, we all possess creativity and agency, and these are fundamental to being human. Using them together allows us to serve God – as engineers, scientists, teachers, builders, writers, etc. We can use our abilities to choose and create for evil purposes and to serve ourselves, but we as artists have the opportunity to reflect to the world what it means to be human and point to our need for salvation. Anderson offers four tasks (244) of which he says the Christian artist should fulfil at least one:

“Properly conceived, a vision for the visual arts wherein serious art and serious faith are woven into whole cloth is a glorious contemporary possibility.” (5)

What this book is, and what it is not.

This book does not teach exactly how to be a Christian artist; most of the book engages with historical or existing ideas about what Christians or artists should be considering as part of their work and lives. It is only the last chapter where the author starts to pull together some of these ideas, and as he says in the introduction he is aware that there is still a long way to go before we can tackle the antagonism between the two spheres of art and evangelicalism.

However, the book does serve as a hugely informative, well-considered and comprehensive overview of the issues that Christian artists might want to consider, and deconstructs many assumptions that we take for granted. It provides historical background for many of the ideas it discusses, which can improve our insight into why we hold to certain beliefs and thought processes.

It must also be reiterated that this is not an easy read. It wrestles with Greek philosophy, church history, post-modern critique of discourse and biblical concepts, and is written in an academic style. It does not break down a bible passage into a few neat sections illustrated by personal anecdotes, but rather pulls together a huge bibliography of texts into a weighty analysis of the evangelicalism/visual arts divide from many angles. It is so rich that even the footnotes contain some game-changing ideas.

While broad and detailed, it is also in some ways restricted. The book looks almost exclusively at the visual arts, and there are other areas of life where art and evangelicalism’s views collide which are not touched upon -  for example, discussion of emotions might have made for an interesting chapter. However, it doesn’t claim to go outside of the parameters that it sets itself in the title and introduction.

As Christians seek to serve God and engage critically with contemporary culture, Christian artists have the opportunity to offer a remarkable commentary on what it means to be human and how all humanity is in need of relationship with our creator. Any book that equips them to consider ways in which they can do this better is valuable. While hard to dip in and out of, this book is one of the most comprehensive that I have read on the subject, and will help Christian artists who want to carefully and deeply engage with their unique position in the world.